Daniela Rivera on social isolation: 'Artists are so well-suited to adapt to these circumstances'

Massachusetts Artist wins $35,000 Rappaport Prize: 'This is a life-changer for me'

Now and There: Daniela Rivera

The Prize allowed me to move political aspects of my work from a solo studio practice to one that can engage with communities and pursue inclusivity through shared authorship.

"I have been able to work on issues of displacement and belonging thanks to art. Today, and thanks to organizations like the Rappaport foundation and their support I was able to facilitate spaces of shared authorship and conversation in the pursuit of inclusivity and social justice through my work. This is what I want to focus my attention moving forward."

Born in Santiago, Chile, Daniela Rivera received her BFA from Pontifcia Universidad Católica de Chile in 1996 and her MFA from the School of the Museum of Fine Arts at Tufts, Boston in 2006. She is currently an associate professor of Studio Art at Wellesley College. She has exhibited widely in Latin American cities including Santiago, Chile, as well as in the United States. She has been awarded residencies at Surf Point, Proyecto ACE in Buenos Aires, Vermont Studio Arts Center, and the Skowhegan School of Paintings and Sculpture. And she has been the recipient of notable fellowships and grants including from The Rappaport Prize, Now + There, the Massachussetes Cultural Council Award, VSC, the National Association of Latino Arts and Culture, and the Berkshire Taconic Foundation. Recent or upcoming exhibitions include: Stop, solo exhibition at LaMontagne October 2020, Labored Landscapes; Where The Sky Touches the Earth, Fitchburg Art Musuem, Fragmentos para una Historia del Olvido/ Fragments for a History of Displacement, The Davis Museum, Wellesley College, Wellesley, MA (2018–2019); En Busca de los Andes, solo exhibition with Proyecto ACE, Buenos Aires, Argentina (June 2019); Sobremesa (Karaoke Politics), a public art project developed as her Now + There Accelerator Fellowship, Boston MA (summer/fall 2019), and The Andes Inverted, solo show at the MFA, Boston 2017-18.

“I was born in Santiago, Chile in 1973. Later that year the military coup happened and life as my family knew it changed dramatically. Family members all of a sudden became enemies. Friends stop seeing each other and suspicion grew as an illness. While friends and family disappeared persecuted by friends and family members, the country’s economy grew tremendously, at least, according to economic indicators. In 1980 I had my first Sara Lee cheesecake and a barbie! Both signs of comfort and achievement. Little did I know that many of my fellow Chileans were suffering and I myself was experiencing unimaginable loss. I got to live through the transition to democracy while attending art school in Chile and was able to vote for president for the first time in 1994. Due to life circumstances I moved to Boston in 2002 and I have been here since. I was able to start graduate school at the SMFA at Tufts in 2003 and with this I was finally introduce to the art community here in Boston. I have been working nonstop since then, and just recently after my first Public Art project, a project that allowed me to connect with people in ways that I never thought were possible I am now calling Boston my home. I work from the experience of displacement and from my reality of cultural hybridism. If trauma and loss were at the center of my practice before, today I am empowered by understanding what I can share from my experience of displacement and my culturally hybrid identity.” 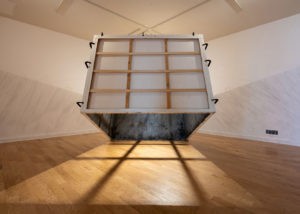 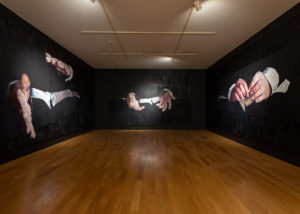 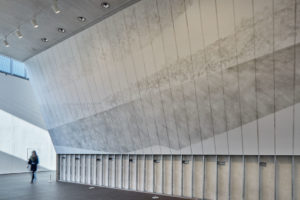 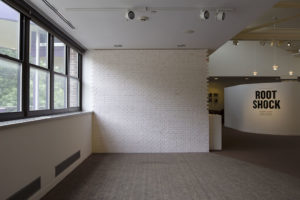