Lars-Erik Fisk was awarded the 2002 Rappaport Prize for his playful and creative series of spherical sculptures.

He calls the sphere a “basic form, one that we can all understand, but is at the same time the least likely form for these subjects to assume. In combining the dissimilar, I want to find how we might recognize something by seeing it for what it is not.” Using whatever organic and manmade materials are required to produce the traditional construction upon which a particular form is based, Fisk compacts the salient functional and distinctive features of the original into a concise and humorous ball in order to render it universally accessible. Volkswagenball, true to its name, compresses a 1960’s Volkswagen bus into a sphere. Like the rest of the Ball series, it is free of pretension, immediately understood, and fascinating to behold.

The Rappaport Prize allowed Fisk to participate in the Skowhegan School of Painting & Sculpture, a highly competitive residency program, where his focus “…could again turn to the process of creating new work. This turned out to be an intense experience,” writes Fisk, “to be surrounded by a whole new community that ultimately led me to reconsider my artistic practice. It was in this environment that I was reminded of the importance of the academic community and decided to apply to graduate school to earn a Master’s Degree in Fine Arts.”

After winning the Prize Fisk began showing with the Taxter & Spengemann gallery, which curated the solo exhibition Lars Fisk in 2004. He also participated in the prestigious show Greater New York at MoMA’s P.S. 1, an exhibit showcasing that city’s most prominent emerging artists. Fisk, having returned to Vermont, expanded his Burlington studio to include an artist-in-residence program and continues to be a pillar of support in his art community. 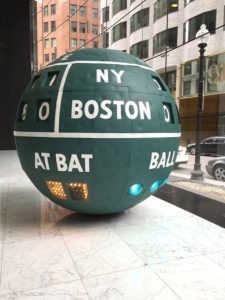 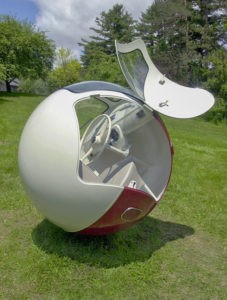