Matt Saunders started in his father’s wood shop and today continues to invent.

It was transformative, immediately…and practically! I built my own color darkroom—something I’d only dreamed of before.

"My works are effusively, materially present, all while the images refuse to stay still, coming into or out of being, slipping through the net or away through time—I know of no other way to speak so concretely about desire and loss, or of the sometimes clarity of being in the dark."

Matt Saunders was born in 1975. He lives between Berlin, Germany and Cambridge, Massachusetts where he currently teaches at Harvard University. Saunders’ work challenges the boundaries of artistic media. He enacts painting as a time-based and transitive medium through his camera-less photography, multi- screen animation and innovative painting and printmaking processes. Best known for his haunting portraits and landscapes (the imagery culled from a myriad of sources including avant-garde cinema and found photographs) and moving-image works, Saunders’ practice uses analogue materials to explore the fleetingness, mobility and affective power of images.

In 1997, Saunders received a BA in Visual and Environmental Studies from Harvard and completed his MFA in Painting and Printmaking in 2000 at the Yale University School of Art. In 2010 the Renaissance Society of Chicago organized his first solo institutional show. He has also exhibited solo projects at Tank Shanghai, China (2017); St. Louis Art Museum, Missouri (2017); Tate Liverpool (2012): and the Carpenter Center for the Visual Arts, Harvard University, Massachusetts (2012).

Saunders was the 2015 recipient of the Rappaport Prize from the deCordova Sculpture Park and Museum, the 2013 Prix Jean-François Prat and a 2009 Louis Comfort Tiffany Foundation award. 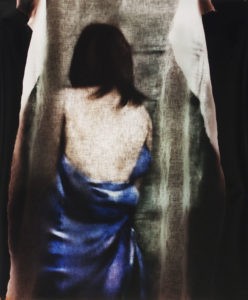 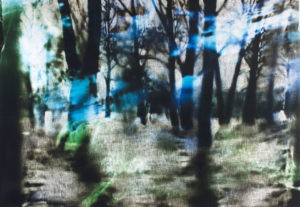 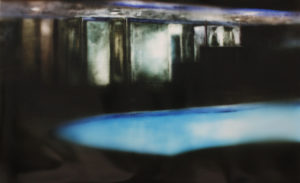 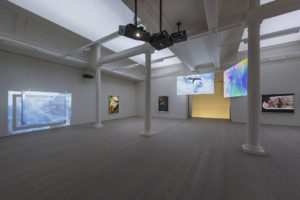