The award allowed me to produce a new project, entitled Iconoclasm, which was produced in Singapore and Los Angeles and debuted at Library Street Collective in Detroit.

The subject matter of my work often puts me in the cross hairs of contentious and difficult debates. This award provided meaningful support at a time when I badly needed it. The Rappaport Art Prize provided both substantial material support and perhaps more importantly, recognition of the value of the kind of work I do.

Sam Durant is a contemporary American artist whose work addresses cultural and political issues through a variety of media. Often controversial, Durant, like his contemporary Jimmie Durham, references the genocide of Native Americans, the civil-rights movement, and the history of protest. “I think history is not about the past, it’s about the present. In that context, this country has not dealt with history at all,” he explained. “It’s interesting to compare it to Germany, for instance, where everywhere you go, there are monuments, memorials, markers to the Holocaust. It’s taught. It’s integral to the curriculum.” Born in 1961 in Seattle, WA, he received his BFA from the Massachusetts College of Art before going on to earn his MFA from the California Institute of the Arts. Inspired by Robert Smithson, Durant began producing works dealing with American history during the early 1990s. In 2017, the Walker Art Center in Minneapolis unveiled Durant’s sculptural installation Scaffold, to the public. Meant as a critical representation of the U.S. government’s executions of abolitionists, anarchists, and the slaughter of 36 Dakota tribesmen over the centuries. The work caused a public outrage against both the museum and the artist and was taken down shortly thereafter. The artist currently lives and works in Los Angeles, CA. Today, Durant’s works are held in the collections of the Tate Gallery in London, The Museum of Modern Art in New York, the Los Angeles County Museum of Art, and the Art Gallery of Western Australia in Perth, among others 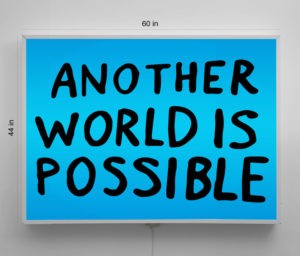 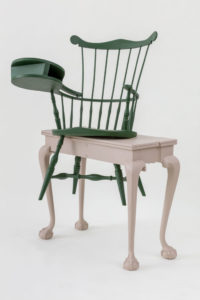 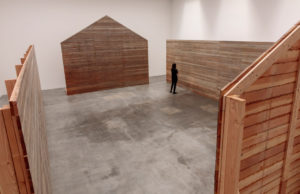