Titus Kaphar, Artist of the Times, Paints with Eyes Open

'I Cannot Sell You This Painting.' Artist Titus Kaphar on his George Floyd TIME Cover

Titus Kaphar is an artist whose paintings, sculptures, and installations examine the history of representation by transforming its styles and mediums with formal innovations to emphasize the physicality and dimensionality of the canvas and materials themselves.

His practice seeks to dislodge history from its status as the “past” in order to unearth its contemporary relevance. He cuts, crumples, shrouds, shreds, stitches, tars, twists, binds, erases, breaks, tears, and turns the paintings and sculptures he creates, reconfiguring them into works that reveal unspoken truths about the nature of history. Open areas become active absences; walls enter into the portraits; stretcher bars are exposed; and structures that are typically invisible underneath, behind, or inside the canvas are laid bare to reveal the interiors of the work. In so doing, Kaphar’s aim is to reveal something of what has been lost and to investigate the power of a rewritten history.

Titus Kaphar was born in 1976 in Kalamazoo, Michigan and lives and works in New Haven, CT. Kaphar received an MFA from the Yale School of Art and is a distinguished recipient of numerous prizes and awards including a 2018 MacArthur Fellowship, a 2018 Art for Justice Fund grant, a 2016 Robert R. Rauschenberg Artist as Activist grant, and a 2015 Creative Capital grant. Kaphar’s work, Analogous Colors, was featured on the cover of the June 15, 2020 issue of TIME. He gave a TED talk at the annual conference in Vancouver 2017, where he completed a whitewash painting, Shifting the Gaze, onstage. Kaphar’s work has been included in solo exhibitions at the Seattle Art Museum, the Studio Museum in Harlem, MoMA PS1 and the National Portrait Gallery in Washington, DC, among others. His work is included in the collections of Crystal Bridges Museum, Bentonville, AK; the Pérez Art Museum Miami (PAMM), Miami, FL; The Museum of Modern Art (MoMA), New York, NY; the Brooklyn Museum, Brooklyn, NY; the Whitney Museum of American Art, New York, NY and The Metropolitan Museum of Art (the MET), New York, NY, amongst others.

Kaphar’s commitment to social engagement has led him to move beyond traditional modes of artistic expression to establish NXTHVN. NXTHVN is a new national arts model that empowers emerging artists and curators of color through education and access. Through intergenerational mentorship, professional development and cross-sector collaboration, NXTHVN accelerates professional careers in the arts. Now in its second year of operation, NXTHVN encourages artists, art professionals, and local entrepreneurs to expand New Haven’s growing creative community. Supporters include: The RISCK Foundation, The Andrew W. Mellon Foundation, the Ford Foundation, the J.P. Fletcher Foundation, the Robert Rauschenberg Foundation, the Stonesthrow Fund and the TOY organization. 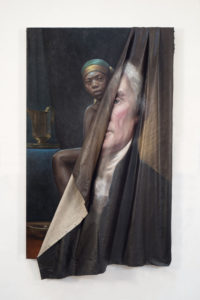 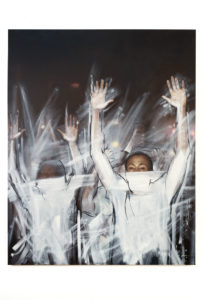 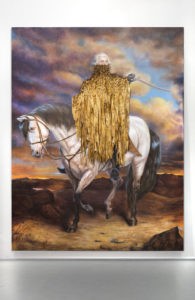 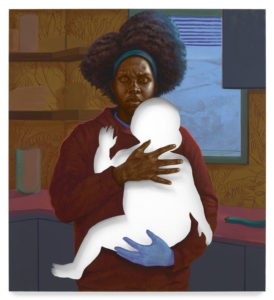 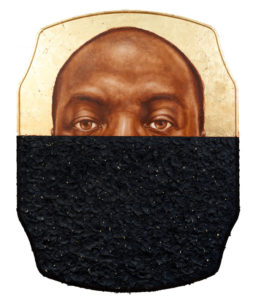